Manchester united still remain without Marcus Rashford who had undergone a surgery on his shoulder, Scott Mctominay ( surgery) and Alex telles  who sustained an ankle injury since pre season training they have both been spotted training together but will definitely be ruled out of this fixture, Jadon Sancho who was pulled out of the England squad is back at Carrington and is now training with the team Cristiano Ronaldo also reported to training on Tuesday after 5 days of quarantine and was welcomed by his countryman Diogo Dalot who is also fit, Mata along with Matic, Wan Bissaka and Greenwood have all been spotted in training, Fred along with some Brazil internationals in other clubs will be  unavailable for the next two games after the Brazilian federation triggered FIFA rules to impose a five day ban on premier league sides who refused to release players for international duty this Monday, Eric Bailly is back with the team after his harsh tackle on a player while representing his country, there is no fresh injury concern for Ole Gunnar Solksjaer’s team most of the players arrived yesterday and will take full part in training today and hopefully meet Cristiano.

Newcastle have started the season in horrendous fashion only picking up a point against Southampton who also drew with United, the other 2 games have ended in losses for Steve Bruce men, they are without some first-team players like Callum Wilson (foot injury) Ryan Fraser might be out after he was spotted leaving Scotland camp on crutches, Martin Dubravka is out after surgery, Jonjo Shelvey is out for about three to four weeks while Karl Darlow is out after just recovering from Covid.

The predicted lineup for Manchester United

Gk -David De Gea should get the nod to start after impressing against wolves with Dean Henderson still not giving him that much competition RB- Aaron Wan Bissaka should keep his place as the team’s first-choice right back. CM- Donny Van de Beek – This is by far the most surprising name on the starting XI but this man’s agent has stated so many times that he is ready to play, in an interview with Rio Ferdinand he stated that he can play a 6 or an 8 and with Fred definitely not playing he should get his chance

This fixture last season ended in a 3-1 win for Man United with Rashford scoring but ruled out while Daniel James who also scored has now moved to Leeds United, only Fernandes is available from the scorers last season and will be one of the players to watch again.

If Cristiano Ronaldo starts then he is definitely scoring a  second debut goal, Bruno Fernandes will be a player to watch, Donny Van de Beek must seize his opportunity if he starts, Man United should have their second clean sheet this season with Raphael Varane and Maguire partnership seemingly solid. 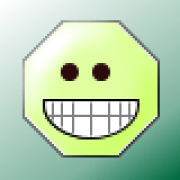