Made a few great saves and continued his good form this season, rushed out a few times to prevent corners with clearance and the kicking game was essential in creating momentum for Bruno goal.

Back to normal! Shaw is back from the temporary form drop and signed it off with an assist with a well-weighted through ball, (we want more of these runs!) physical and got the ball into the box with great promise.

Very reckless tackle attempt to give away the open counter for Newcastle. Otherwise looked strong in duels but a few questionable moments lacked composure including the rushing out of the defensive line which effectively lead to a Newcastle goal.

Could arguably have avoided committing so aggressively to ASM without cover for the conceded goal, but was superb aside from that winning nearly everything coming his way.

showing more signs of the attacking positioning required of him, minimal defensive duties were necessary but some average passes at a time but Good game for AWB overall.

Played incredibly well for most of the game as he didn’t have much pressure on him. Against teams sitting back this deep, Matic has the vision, range and composure to be competitive. We need a replacement for the more intense games though.

2 assists to add to his insane ongoing assist tally. Pogba was everywhere and involved with most linkup plays. He affectively played centrally and showed signs of a convincing midfield alongside Matic despite concerns of his defensive workmates.

no stats to support it but showed huge improvements in attacking positioning and confidence on driving up the wing with nice dribble moves to create danger in the box.

besides the absolute cracking top corner goal, Bruno lacked involvement at times. looked to make runs in behind and a few decent linkups play.

Despite being pushed out to a wide position again, Greenwood was involved in so many attempts, key passes and duels.

scored a brace in his second debut not much more needs to be said! Looked in top form with some exciting dribbling and linkup plays to go along with the goals. HE IS BACK ?

perfect finish inbox off a silky linkup plays to bag a goal in the 92nd minute. Came on and scored. Could be our perfect impact player this season hopefully.

minimal game time again, showed a willingness to hold the ball at his feet and attack. 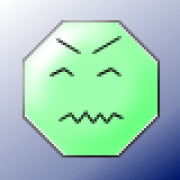