Hello everyone, this is your weekly dose of Manchester United news. I hope you guys enjoy it and stay safe.

According to the highly reliable Fabrizio Romano, Manchester United will be paying a guaranteed fee of €15m to Juventus for the club icon over five years. The deal also includes €8m in add-ons, with €5m add-ons which are easy to achieve, and another €3m, which are more complicated.

Manchester United seem to be keen on bringing the West Ham United player to Old Trafford. Manchester Evening News suggests that Rice will be the main target for next summer’s window. They also reported that Rice already had conversations with his England teammates Harry Maguire and Luke Shaw about the potential move.

? Manchester United’s main target for the next summer transfer window is Declan Rice.

United have already had talks with West Ham and the player has already chatted about the move with Harry Maguire and Luke Shaw.

According to Fabrizio Romano, the former Manchester United midfielder has reached an agreement with Serie A club Parma. Traore will join as a free agent and has already signed his contract with Parma. The 20-year-old mainly played for the Manchester United academy during his time in England.

The Spanish source “MARCA” suggested that Pogba is in Real Madrid’s transfer plans next summer. The Spanish giants are planning a massive summer in 2022 and are also targeting star players Kylian Mbappe and Erling Haaland.

The Times suggests that Jesse Lingard is ready to run down his current contract with the club unless the United hierarchy informs him that he will be in Solskjaer’s first-team plans before deciding on his future.

Manchester United are reportedly working on a contract extension for the Portuguese Magnifico, according to Fabrizio Romano. “He’s a key player on and off the pitch, and negotiations underway for two months to extend his contracts as next priority. Work in progress,” said Ro

Precisely 600 days ago, Manchester United signed Bruno Fernandes for €63m after 7 months negotiations with Sporting. He’s a key player – on and off the pitch. ??? #MUFC

…and negotiations underway for 2
months to extend his contract as next priority. Work in progress. #Bruno pic.twitter.com/K25NomQA5q

Bruno Fernandes’ third goal against Leeds United on our league opener won Manchester United’s goal of the month award. The spectacular strike was also the goal that helped him seal his first hat-trick for the club.

Putting the crown on a memorable opening day! ?

? @B_Fernandes8‘s hat-trick strike v Leeds is our Goal of the Month for August ?#MUFC pic.twitter.com/IB3Dt8hKcr

Scott Mctominay and Alex Telles are back training on grass after a period of recovery from injury. Mctominay recently underwent groin surgery for a groin problem, which has made him play in pain. Telles, on the other hand, suffered an ankle injury during the pre-season. Both of them are looking good on the road back to full fitness. Marcus Rashford was seen doing some rehabilitation work during the past few weeks and is well on track on his road to recovery. In addition, Amad Diallo is expected to be still out for a month after suffering an injury that collapsed his loan move to Feyenoord.

Several players featured for their country this week in the World Cup Qualifiers. Eric Bailly started for the Ivory Coast in a 2-1 win against Cameroon. Paul Pogba and Raphael Varane played the full ninety in a convincing win for France against Finland, whilst Anthony Martial played 80 minutes before being subbed off.

Bruno Fernandes also lasted the full match for Portugal against Azerbaijan, ending the game with an assist.

A good way to complete September’s internationals for @B_Fernandes8! ???#MUFC

England boys Harry Maguire and Luke Shaw featured for ninety minutes against Poland, with Jesse Lingard on the bench as an unused substitute. Victor Lindelof was heavily involved for Sweden in their latest match, with the Swedish falling short to Greece.

Our No.1 David De Gea warms the bench again in a 2-0 Spanish triumph against Kosovo.

In an interview with Rio Ferdinand on his Youtube channel “Vibe With Five”, Van De Beek broke silence on his lack of playing time since he joined the Red Devils last summer and the current situation. He said, “I spoke with the manager about it and the club. They were clear they wanted me to stay here. The manager was positive about me and told me that ‘I need you, and I want to keep you here.” The Dutchman also said, “I need to trust him [Solskjaer]. If he doesn’t need me, I think he will let me go. I think he has plans with me. I think a manager can never promise you that [game time]. This is football, and I think you can never promise a player if he gets to play or not.” The full interview is available on the “Vibe With Five” Youtube channel.

?In the latest episode of VIBE WITH FIVE, the guys asked Donny Van De Beek to name his 5- a-side team from his United teammates ?

? If you missed it, click the link below for the full interviewhttps://t.co/quiuDEfCis

Ronaldo had his first meeting with manager Ole Gunnar Solskjaer and is said to have trained with his new teammates for the first time on Tuesday. He also stepped onto Old Trafford for the first time in 12 years to interview former United player Wes Brown regarding his return to the Theatre of Dreams.

August player of the month

Young star Mason Greenwood clinches the fan-voted “Player of The Month” award. The deadly striker scored three in the last three Premier League games, including a crucial late winner at Molineux last week. He has received a lot of praise for his recent form, and the teenager is likely to be an important player for Manchester United this season.

A blistering start to the season earned @MasonGreenwood our first Player of the Month award of 2021/22 ?#MUFC

Manchester United’s 4-1 home win against Newcastle on Saturday put the Red Devils top of the league after four games, with ten points out of twelve. Cristiano Ronaldo inevitably scored a brace, with the second goal helping United retake the lead after a Javier Manquillo for Newcastle. The game was then settled in the last ten minutes, with a Bruno Fernandes wonder strike, and an intricate team goal for Jesse Lingard sealed the deal for the reds. On such a special day with the homecoming of a certain hero, it could not have been any more utopian from the team.

Manchester United have confirmed their 21/22 Premier League squad. Only players included in the squad are eligible to play in the league. The squad includes the new stars Sancho, Varane, and Ronaldo. The full squad can be found the official club website.

The commercial impact of Cristiano Ronaldo’s arrival is not going unnoticed. The Manchester United jersey of Cristiano Ronaldo with the no.7, became the fastest selling jersey in Premier League history, just four hours after it became officially available for purchase.

On Saturday, the Under-23s team suffered a 3-1 loss to their Arsenal counterparts in Premier League 2. One key thing to note is that senior players Dean Henderson and Phil Jones played to give them valuable game time as the pair works their way back to full fitness. The only goal for Manchester United was scored by Shola Shoretire, whereas goals from Folarin Balogun and Charlie Patino sealed the victory for the Gunners.

Goalkeeper Mary Earps, Lucy Staniforth, Ella Toone, and skipper Katie Zelem had been selected into the England Women’s team for this month’s World Cup qualifiers against North Macedonia and Luxembourg.

Our no.14 Jackie Groenen, has been called-up once again to the Dutch National Team for World Cup qualifying matches against Czech Republic and Iceland later this month.

As for the Scotland National Team, Kirtsy Smith, Kirtsy Hanson, and Martha Thomas have been called-up for the latest camp this month.

Congrats to our trio of Scotland Reds elected for the World Cup qualifiers this month! ???????#MUWomen https://t.co/O5j3rUwgBU

Switching the attention to Norway. New signing Vilde Boe Risa and defender Maria Thorisdottir has been selected for the squad. The Norwegians are set for qualifiers against Armenia and Kosovo. Spanish full-back Ona Batlle is set to join the Spain squad for World Cup qualifiers later this month. Unfortunately, it has been confirmed later this week that Ivana Fuso will not be linking up with the Brazil National Team, as all parties involved came to an agreement that it is best that Fuso stays at the club for the upcoming international break. This is due to the Covid-19 regulations and the required quarantine period after returning from Brazil.

Last but not least, Hayley Ladd, Carrie Jones, and Chloe Williams will be joining up with the Wales contingent for upcoming games versus Kazakhstan and Estonia.

Wishing the best of luck to our Welsh Reds ?

Triumph in the Midlands

Momentum continues to build as Manchester United Women claim another three points in a 3-1 win against Leicester as the King Power Stadium. Goals from Ella Toone, Maria Thorisdottir and Martha Thomas were enough to seal the win for the team. The Foxes only goal came from former red Abbie McManus. This victory makes it two wins in two for the reds, and it is proving to be a promising start under new manager, Marc Skinner’s regime. 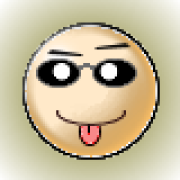