Manchester United has an excellent reputation for finding rough diamonds, scouting players like Marcus Rashford, Mason Greenwood, and others. Still, in September 2020, they brought from Real Madrid academy one of the most promising players, Álvaro Fernández Carreras.

The young talent is an 18 years old Fullback with great size and the skill set of a modern LB; he has been one of the most exciting players in our U23, and still is in the early side of his 18s, but already is an essential piece in the team, bringing size, passing, intelligence, defence and quickness.

Álvaro has been astonishing on the season, going up in the field to contribute with his up-and-coming skills,
showing a perfect touch with the ball; he has been able to offer some bright spots that indicate some potential dribbling and has shown good vision and solid passing, being able to do long passes in counter attacks or transitioning from defence to offence also has shown flashes of good creativity passing in the box, be it by crosses or by short bright passes. 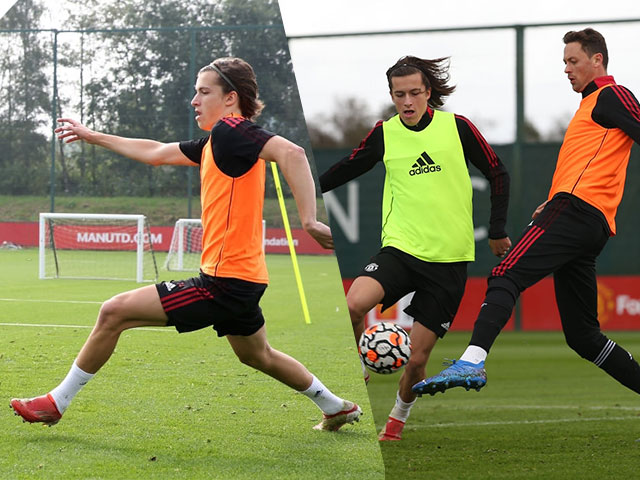 He still has to work a little bit on his decision-making and refining all his skills. Still, there is a lot of potentials to become a superb contributor in the offence.

Although Álvaro shines on the offence, it is a fact that he has everything to also be a bright spot on the defensive side of the field with great size and mobility.

Álvaro can come back very quickly on counterattacks to do coverage and be in a position to not leave a corridor on the left.

He has shown good tackling skills, a little bit raw, but that will improve with time. He also has been active in aerial battles and intercepting passes. 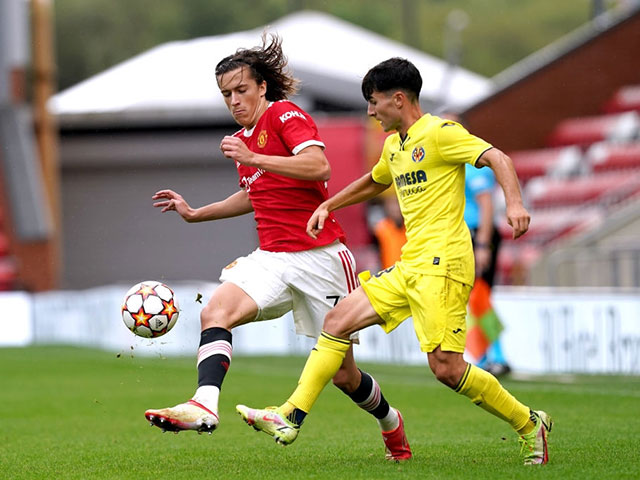 Still young, he has shown tools and skills enough to be a promising young defender, and with the effort and solid work ethic, it shouldn’t be a problem for him to become a great defender eventually.

Being 18 years old and 1,86cm means that not only Álvaro is very tall as he might get even taller, maybe to the size of Scott Mctominay, and looking at Álvaro skillset, he in the future can potentially play as a Centre Back and as a Centre Defensive Midfielder, with good tackling and tactical positioning quickness and excellent passing skills to do long and short passes and connect the defence to the midfield, plus a good body that allows him to go against bigger attackers and excellent stamina to play for the full 90 minutes. 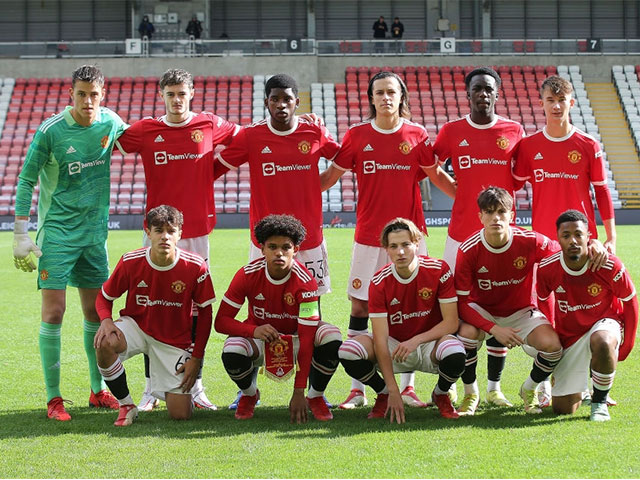 Álvaro Fernández Carreras has shown a lot of versatility and talent. Alongside his physical tools, he has the potential to be the successor of Luke Shaw, right now he might not be ready for that; with a lot of things to refine, he might still need some time on the U23 team and maybe getting some minutes in more miniature games in cups and euros smaller on the stage groups or against smaller teams in second legs, there is no rush as Man Utd has both Luke Shaw who has been absolutely brilliant and Alex Telles who could be a starter in many teams in Europe.

But in the future, I believe that Álvaro will have an essential role at Manchester United as long as he shows excellent work ethic and effort and works on the lacks in his game.

The Attacking Threat of Alvaro Fernandez

What position does Alvaro Fernandez play? 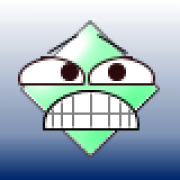