Man Utd started the game well scored fast because of a genius spark from Bruno Fernandes and Ronaldo’s experience and positioning. We didn’t do anything noticeable apart from that the general feeling was that we treated them as a training game; Pgba was too relaxed. Wan Bissaka’s reckless tackle got us on a path we never expected, and panic subs and a 5 saw it at the back formation as we approached the 2nd half. On a personal note, halftime should have had us bring on Greenwood for Pogba, who was not motivated enough, and see us have an updated 4231 without a cam with Bruno playing on the left where he feels way more comfortable. Instead, we just dropped back and didn’t even defend appropriately as they kept having goal-scoring opportunities. Eventually, the ball stopped in the net for their equalizer. Lingard made their win possible with a thoughtless pass backwards, too soft in intensity, behind the centre-back way too far for the keeper.

Despite making that mistake, Lingard had the minor blame out of the three every single football fan accused: Ole Gunnar Solskjaer, Wan Bissaka, and Jesse Lingard, with the right-back having the most significant influence in our loss. As simple as that, no Wan Bissaka foul, no panic plan by Solkjaer, no challenging situation as we were in control of the game 11 vs. 11. We only had one opportunity to score the 2nd half, a big chance most of the people forget about when Ronaldo is 1v1 with the keeper and drops, hoping for a penalty no referee would ever award. A pivotal moment in the game, a shot, and it would’ve been 2-0, an advantage I can’t see young boys coming back from. 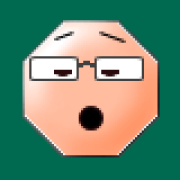