When Manchester City and Billy Meredith were found guilty of match-fixing in the 1904/05 season, the landscape of British football was changed forever. Manchester City in 1904/05 was turning into a footballing powerhouse. Just one year prior, they had recorded a 1-0 win in the FA Cup final against Bolton Wanderers, courtesy of a Billy Meredith goal. This was the first piece of silverware that City had gotten their hands on while rivals Manchester United were still struggling to get out of the second division. At this stage, nobody could argue with you that City was blue. The same year that City would win the FA Cup, they would also come narrowly second in the league, finishing a mere 3 points behind The Wednesday (later known as Sheffield Wednesday). City and Meredith were desperate to get their hands on the title, and after falling behind Newcastle on goal difference, City was in a dire situation.
The last game of the season would see Manchester City face Aston Villa. The only way City would have any chance of winning the league would be if Newcastle slipped up and City gained points on them. Most of the City fans realized the title was out of reach and gave up any hope of receiving the trophy for the first time. Meredith had other plans; On the day of the match against Aston Villa, Billy Meredith attempted to bribe Alex Leake, a Villa defender, £10 to lose the game. The action took place, but when the match finished 3-2 to Villa, fellow City player Sandy Turnball physically fought Leake for not throwing the game.

Because of the altercation between Turnball and Leake, the Aston Villa half-back turned Billy Meredith into the police. The police did investigate, and one of the first scandals in football history was born. Meredith pleaded not guilty but was sentenced to a year without playing professional football. This was bad enough, but when Manchester City refused to pay Meredith with his year without football, Meredith retaliated and bought the scandal to a new level. It turned out Manchester City had been breaking the law and paying a large amount of the players over £4 a week to keep them staying at the club. There was a salary cap of £4 and what the City was doing broke the law. When no charges were bought to City, Meredith became livid, reporting stories to the press ‘’You approve of the severe punishment administered by the Commission AGAINST ME and state that the offense I committed at Aston Villa should have wiped me out of football forever. Why ME ALONE? When I was only the spokesman of others equally guilty’’. Because of this, City manager Tom Maley was suspended from football for life, City was fined £900, and 17 players were fined and suspended until New Year’s day in 1907.

The City did not have the money to finance this £900 just from ticket sales. After not paying the money, Manchester City was forced to sell off all their players at the Queen’s Hotel. And this is when the story flips, and Manchester slowly starts turning red. Ernest Magnell came to the hotel and purchased Billy Meredith, Jimmy Bannister, Sandy Turnball, and Herbert Burgess. Although these players were banned from playing the beautiful game until 1907 when Manchester United was finally promoted into the premier league, and the players were set free from their ban, they attacked the premier company with such force they blew the other teams away. United had a mere 18 points from 21 games and was in a relegation battle. When the newly turned United players played, United gained an emphatic 24 points from only 13 games (wins in these times was only 2 points) and dragged United to a respectable 8th place. A year later, they would up this and go outright and win the league, finishing 9 points higher than second-place Aston Villa. City, on the other hand, would finish 3rd, and the following season, they would be relegated back to the second division. Manchester United would then cement their staple on British football when they won the 1908/09 FA Cup against Bristol City. This would be the last significant honor won in Manchester for over 20 years, but the tide had turned.

Manchester United would go on to not only win more titles in the next 70 years, but they would also have one of the best footballing sides in history (the infamous Busby Babes)
they would win a coveted European Cup in 1968, mainly thanks to the incredible George Best, Bobby Charlton, and Matt Busby. This isn’t to say City would not have their moments. They would win two FA Cups, a league cup, two league titles, and a Cup Winners Cup by 1970 and had etched themselves into football history.

Billy Meredith would play a total of 335 games for United before going back to Manchester City.
He retired in 1924 at the age of 50 and is the oldest player to ever play for City. He played a total of 779 games in his long-lasting career scoring 186 goals. Meredith was so good for his country that he won two British Home Championships in 1907 and 1920. He remains a legend for club and country and is one of the reasons British football progressed so well in the early 20th century. 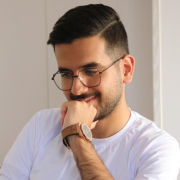 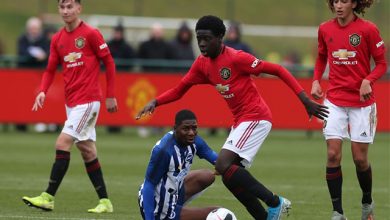